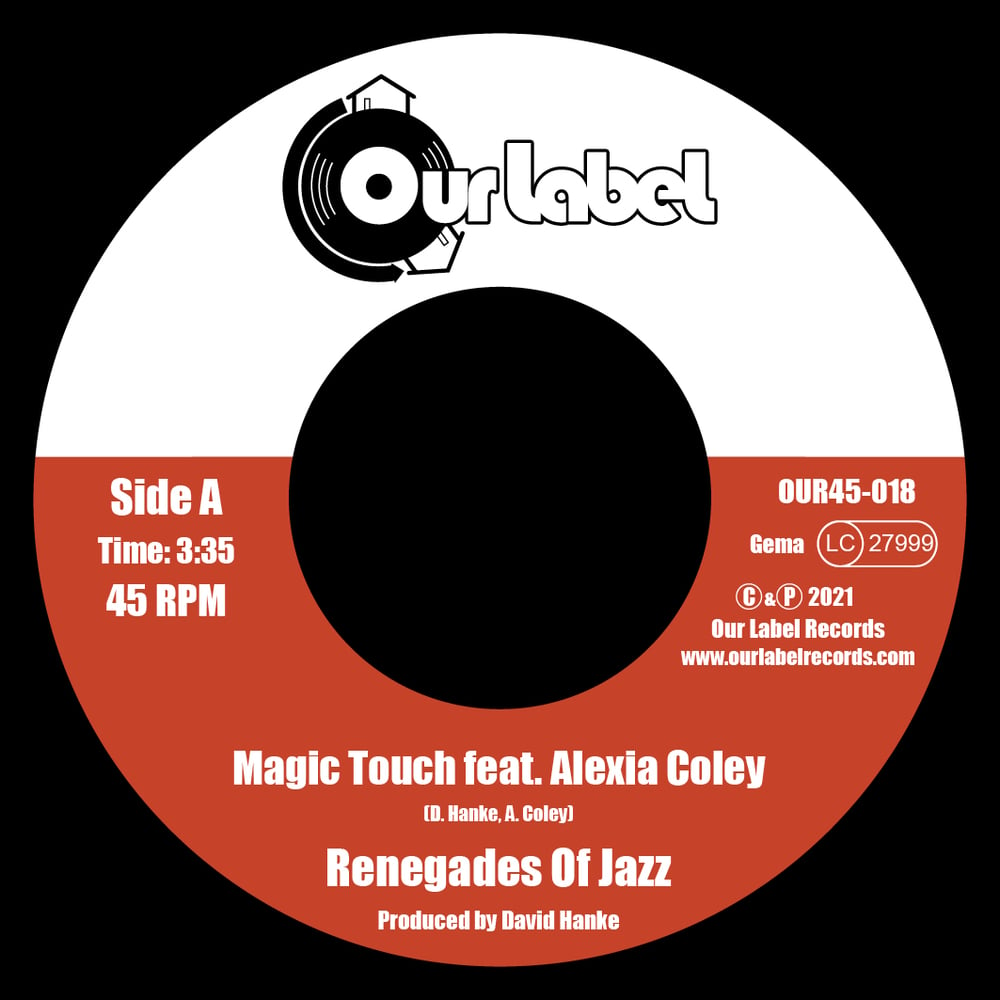 Soul singer Alexia Coley from West London and German producer David Hanke aka Renegades Of Jazz team up for 'Magic Touch', an up tempo
Soulshaker par excellence.
Originally conceived but not marked for inclusion in Hanke’s 2019 Nevertheless album release, Magic Touch was a masterpiece waiting to happen.
A big fan of Alexia Coley’s debut release, Keep the Faith, Hanke sort out Coley to complete the track with her unique voice and lyric writing. The
sublime result of their collaboration was recorded by Nick Manasseh at The Yard, London.
A one listen only moment for Our Label Records supremo, Gu made it an essential release for the Germany based label.
Alexia Coley.

Shipping costs are including insurance and registration.