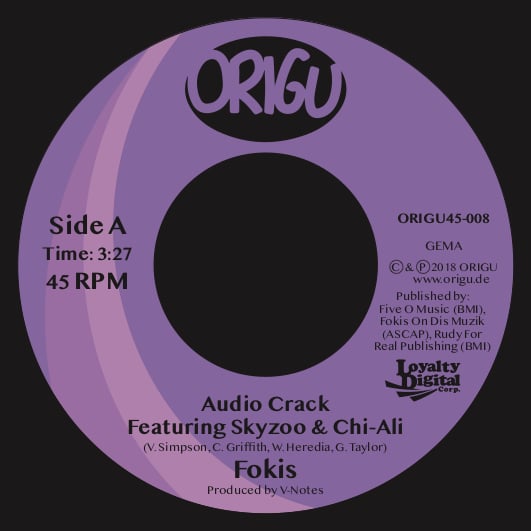 *if you order multiple items, everything gets shipped on the relase date of the pre-order item.

For Number 008 ORIGU releases two more bangers from the Loyalty Digital Corp. camp.
Off his album "Underground With Commercial Appeal", Fokis brings you "Audio Crack" featuring Skyzoo and Chi-Ali, plus the previously unreleased "52 Pick Up" produced by Paul Danjer.
Fokis managed to create quite a line-up for his releases on his label, and Skyzoo and Chi-Ali are just big names he put on his album.
Eversince his official debut "Cloud 9" in 2006 Skyzoo is a well-known figure in the hiphop game. Chi-Ali is making his first appearance on vinyl since 1992, when he was a teenager and released the album "The Fabolous Chi-Ali" with the help of The Beatnuts, Black Sheep, De La Soul and A Tribe Called Quest.