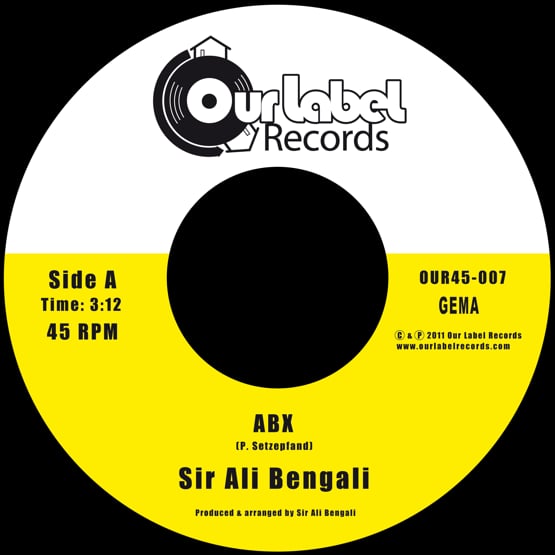 Sir Ali Bengali started out producing and recording in the early 90s, going through different styles from Garage-Punk to Roots Reggae, until he became more and more influenced by then new Funk-artists like Quantic or Sharon Jones and The Dap-Kings. With the new alias of Sir Ali Bengali and a little help of drummer Andreas Schnyder he put together his soon-to-be collector’s and DJ-favourite „ABX“. A tune providing all the Raw Funk you have been waiting for.
In a 60’s Funk tradition this exclusive 7“ gives you the Vocal and Instrumental Version on two slices of deep vinyl grooves.